Why what you think of FinTech could be all wrong! Debunking Myths in FinTech 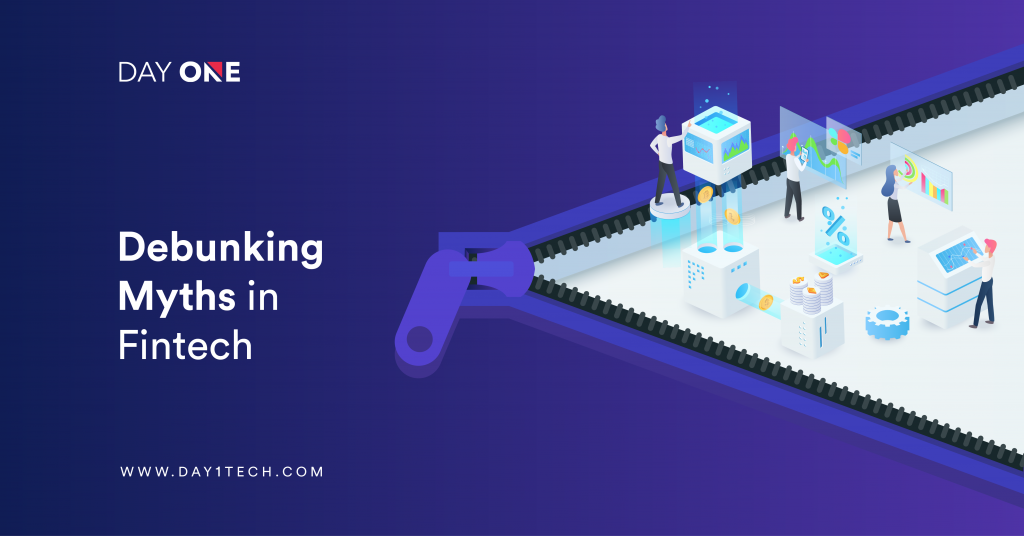 In recent times, there has been a lot of discussions and debates on the role of fintech in the modern economy, and its transformative role in the banking and insurance sector.

In a survey conducted by EY, it was found that 96% of the consumers surveyed had already heard of FinTech transfer and/or payments, while 75% of them had used one (Source: EY Third biennial FinTech adoption trends survey). Not surprisingly, mobile app development companies are busier than ever, incorporating new tech and mainstream trends.

FinTech, as a concept, is not new, though it came into vogue only a couple of years back. What conventionally included the inclusion of technology into finance, has now grown manifold with the addition of newer tech and a market readiness for acceptance. We are already witnessing the colossal impact of Blockchain in modern businesses, along with AI and machine learning, Robotic Process Automation, dApps and more. The role of FinTech as a key driver of the economy, as such is no surprise.

Diving into the FinTech Revolution: What is FinTech?

When we speak of FinTech in modern parlance, the first thing we can think of is its imaginary disruptive nature as against traditional banks and financial institutions. That of course is a myth.

Contrary to biased and limited opinion, FinTech from its inception has been supporting the banking and insurance industry than pose as a threat to it. In its initial days, FinTech simply translated to the application of technology in finance. By building software for facilitating transactions, recording data, or making information accessible, FinTech had played a significantly positive role in the growth of digital banking. But of course people were not calling it FinTech but digitization.

In time, as advancement in technology has gained grounds, so has innovation in financial-technology and its larger acceptance.

From touching lives years ago with Western Union money transfer, to making a larger impact with ATMs growing to being more than money withdrawal machines, and penetrating the market with mobile banking and apps for making payments through phones, the FinTech revolution is in full swing and making noticeable impact.

Debunking myths and misconceptions about FinTech

When it comes to FinTech, there is no end to the myths and misconceptions that accompany it. By limiting its potential to only lending and payments, or considering it suitable for larger economies only, there is a lot of incomplete information blowing in the wind.

Let’s try to understand some of the prominent misconceptions on FinTech and what reality actually looks like.

FinTech is going to bring an end to traditional banks

Do we believe in that? Traditional brick and mortar banks have been in existence from decades ago, and they are still present. Of course, the number of footfalls to a bank today has lessened, and to a large extent traditional banking has lost its lustre in recent years, but it is far from dead. This is all the more true in developing nations, where technology has not been able to penetrate the market completely (mostly due to lack of infrastructure support).

Evolution is natural and FinTech is far from being the cause of it. Nations worldwide are witnessing socio-political-economic changes and digitization is one of the most powerful transformations the era is witnessing. For instance new technologies like AI, machine learning, RPA, and blockchain is transforming businesses worldwide.

In a report by EY titled “Unleashing the potential of FinTech in banking” it was observed that FinTech is not the threat that banks need to fear; the real threat comes from traditional competitors who are ready and quick to leverage the benefits and facilities provided by FinTech.

In fact, as per another report by PWC, almost 82% traditional financial organizations say they plan to increase collaboration with FinTech companies in the next couple of years.

Inability or unwillingness to adopt and adapt therefore is the real challenge here. Technology is sure to permeate every industry, and FinTech is no different. The way to lead the race is to include change.

FinTech is a bubble and will burst soon!

We have all heard of industry bubbles – probably the most talked about bubble in recent times was that of the dot com revolution. It rose and it fell. It had investors and VCs investing in it hugely and all of it crashed. Critics believe the FinTech revolution is nothing more than another industry bubble that will soon burst.

We of course don’t see eye to eye on that. If one analyses the exponential growth of FinTech in recent years and the enormous financial backing meted out to FinTech companies, it is hard to believe that it is all a fad.

For instance, the global FinTech share is estimated to stand at $4.7 trillion (Goldman Sachs);  the FinTech market can boast of 39 unicorns with VC led investments for almost $147.37 billion (CB Insights). If this is a bubble, then it is a very very big bubble!

What we need to comprehend is that the development of FinTech is not a singular activity, but one that mirrors the growth and development phase of other sectors worldwide. AI in mobile apps, for instance, has already made its mark and now almost 46% of global FinTech companies consider AI to be among the most relevant emerging technologies.

In this respect, many believe that the true potential of FinTech is far from being fully realized, and it is only in the next couple of years that the real value of the FinTech revolution can be realized.

The FinTech market is in a rapid growth stage. There is innovation and new tech being discovered and implemented round the clock, and not always everything is standardized. With FinTech as such, government regulations and laws are not just strict, but can also be a hindrance to progress. But if one fears that regulations will kill FinTech, then that’s a myth one needs to overcome.

The regulatory norms of the financial market is not light. How can it? It deals with millions and billions of money! Security and safety at every stage is not only mandatory but imperative for building credibility and trust. But that is not to say that innovation is looked down upon.

For instance, most countries already have regulatory sandboxes in place for FinTech innovation. With required safeguards in place and under vigilance, new financial technologies and products can be tested, so as to identify risks and find solutions for it.

In the United Kingdom, for instance, the government is already working to create an environment that encourages innovation in FinTech, while protecting customer interest. This includes working with the Financial Conduct Authority (FCA), establishing the new Payments Systems Regulator (PSR), identifying new opportunities to incorporate RegTech for adhering to regulations and more. (Souce: Media Planet, FinTech News)

The important thing to understand is that regulations should be designed and framed in a manner such that it supports and encourages both small start-ups and established players. The spectrum of the FinTech sector is massive. While on the one hand there are an estimated 12,000 FinTech start-ups, there’s also the Chinese FinTech giant Ant Financial that’s worth $60 billion!

The Future of the FinTech Revolution: Is the world ready for adoption?

A partner or a disruptor? That’s the question the next wave of FinTech innovation will determine. Banks, credit unions, insurance companies and other financial institutions have already begun groundbreaking FinTech initiatives and we can only expect the wave to dominate world economies in the next few months.

Awareness of FinTech among consumers and small enterprises could be another effective way of adapting to the changing market dynamics. After all, change is not always accepted at first. It takes time. For instance, it’s only in recent times that the real value of blockchain has been realized; breakthrough in AI and ML is shaping the future of mobile applications; data and analytics is structuring business decisions.

Adoption of FinTech therefore is no myth.

Why what you think of FinTech could be all wrong! Debunking Myths in FinTech 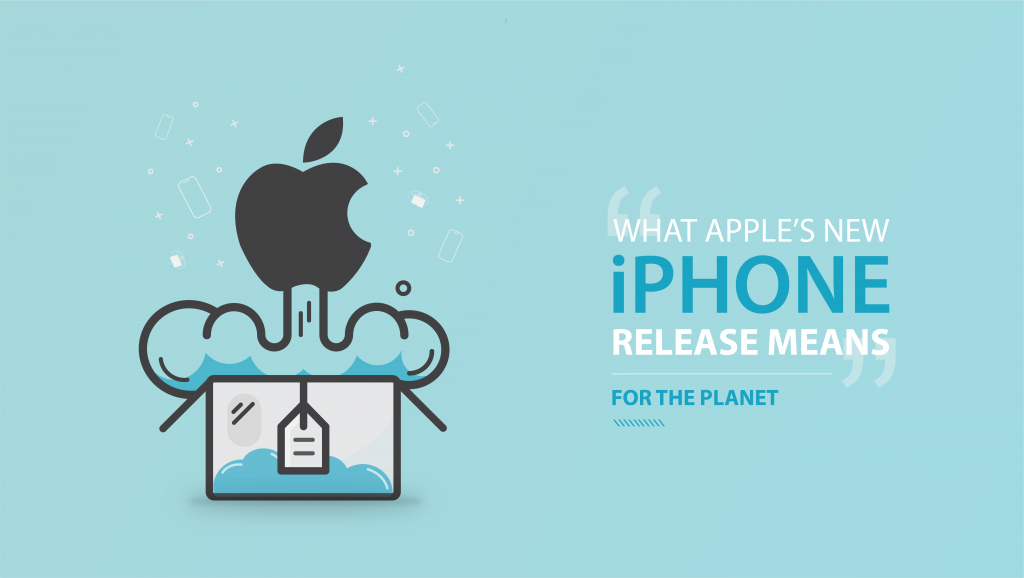 What Apple’s New iPhone Release means for us 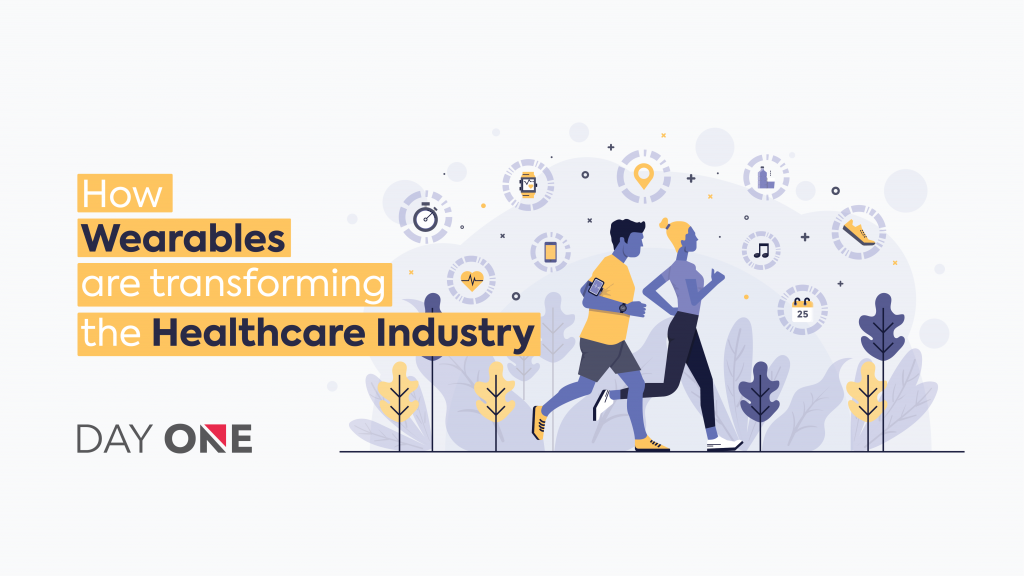 How Wearables are transforming the Healthcare Industry