RPA myths and misconceptions debunked: What to know before you automate business processes 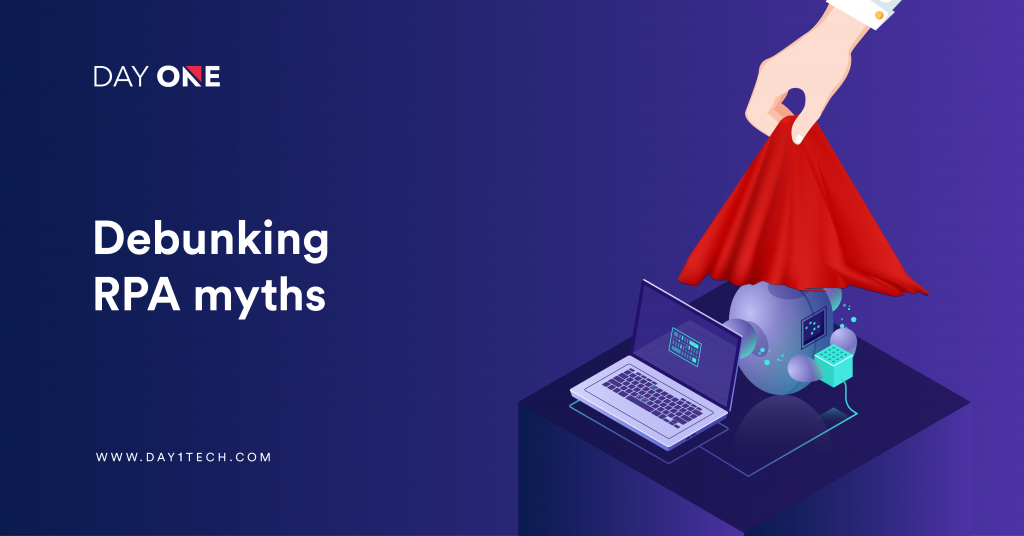 It’s November 2019 – and Microsoft (Power Platform) is the latest incumbent to be added to the list of companies using RPA solutions.

It is probably safe to assume that the myths about robotic process automation (RPA) is gradually taking a backseat and more and more companies are embracing the new technology. If something, it’s all but surprising for the Fortune 100 company to make a late entry in the market, considering the volume of investment organizations are making in the field of digital transformation, especially artificial intelligence (AI) and robotic process automation (RPA).

The real battle however is for enterprises to build RPA software that will be the gamechangers of tomorrow. The benefits of implementing RPA technology in business has not gone unnoticed and more and more companies are joining the RPA convention. But that being said, the limitations and challenges of RPA implementation is still in plenty, and at times can be a cause of concern for many.

As an AI powered mobile app development company and top RPA services company we believe that there are no two ways about going all digital in the current dynamic landscape. So here’s debunking some common myths and misconceptions about RPA implementation and why it’s probably the next best solution for your business.

What is RPA? Understanding Robotic Process Automation and why businesses need it

First things first, what is Robotic Process Automation all about? In the

wake of digital transformation, most companies are taking to automating their business processes and RPA implementation is the most convenient and preferred choice.

RPA is a process, where bots are deployed to automate routine and mundane human tasks, thereby reducing the scope of error, increasing speed and efficiency, and optimizing resource utilization, reserving human efforts for more ‘intelligent’ tasks.

When discussing about promising deep tech, one of the most commonly encountered question is, what is the difference between robotic process automation (RPA) and artificial intelligence (AI)? Or even, if there is any similarity between the two.

RPA technology is used to automate repetitive, routine tasks. Bots (simple and/or complex) are implemented into processes and the result is accuracy, time and resource optimization, and lesser costs. The RPA process and bots as such, does not meditate on the validity of the task. It simply follows instructions and carries out the task.

Artificial intelligence (AI) on the other involves machines/computer systems studying historical data to comprehend patterns so as to simulate human intelligence. Concepts like machine learning (ML), natural language processing (NLP) etc. are all forms of AI.

The impact of AI on mobile apps is as such the natural outcome, with increasing emphasis on personalization through AI implementation.

Demystifying myths and misconceptions about RPA (and automation in general)

With so much buzz surrounding RPA it is not unlikely for RPA to have fans and haters. While organizations like Deloitte believe that RPA will earn the “near universal adoption” status in the next five years, others have not stopped questioning the side effects of RPA.

The misconceptions surrounding RPA are plenty, and often overrated. Here’s a look at some of the popular myths on robotic process automation, and why its a false alarm in most cases.

As with most innovative technologies, RPA too found its breakthrough in specific industries. In its case, it was the banking, financial and insurance sector. The implementation was successful to a massive extent and that led many to typecast RPA for the financial sector only. But that meant limiting its potential. As with other revolutionary tech such as blockchain, that makes an interesting case of transforming industries beyond finance with blockchain technology, the RPA platform too expanded its reach.

Today RPA is the driving technology used across multiple industries, bringing about a paradigm shift in the use and application of RPA in businesses. There has been incremental growth in the use of robots to mimic repetitive tasks with more and more businesses making automation mainstream with RPA. Some of the prominent industries using RPA technology include IT, manufacturing, healthcare, telecommunications, transportation and logistics, public sector and many more.

It should however be specified that RPA is process specific. That is, it is best suited for processes that involve rule-based tasks. It can work for all legacy systems, across industries as long as the task involves doing repetitive, high volume jobs with predictable steps. It is not for processes that involve intelligent actions to be undertaken.

That is where AI steps in and offers its assistance.

Another reservation that businesses have about implementation of RPA is the monetary expense associated with it. Most organizations consider the costs associated in the path to digital transformation to be high and often out of standard company budgets.

With RPA, this is not the case. RPA integration can be implemented almost immediately (time), and at minimal costs. Bot implementation only involves an initial development  and setup cost, followed by maintenance and upgrade, which compares a fraction to the cost of human resources, considering the volume of tasks they can complete with accuracy. Robots, unlike humans can work round the clock, with greater accuracy making it cost-effective for businesses to go the RPA way.

RPA implementation moreover is almost never ever an out-and-out activity. Most businesses choose a phased implementation process. Starting with a couple of bots for a particular business process, businesses gradually scale up and expand. While at times these include adding new bots, in most cases the monetary investment in this transformation is inversely proportional to the ROI derived from automation.

The fundamental premise of RPA is that it is more economical when compared to human resources. Hence, debunking the myth that RPA systems are out of budget!

The one thing that businesses must bear in mind in terms of expenses is the selection of the right RPA vendor. Most RPA partners have standardized solutions that can be modified to suit specific business needs. While this may seem like a great fit, it has its limitations and at times can cost more. Selecting the right RPA service provider with the right RPA tools and applications is therefore the first step in ensuring a smooth and effective transition to automation.

Is RPA/automation really taking up jobs that humans do?

Let’s consider a similar case. Take the example of e-Commerce vs retail stores. E-commerce or online shops did not kill the brick and mortar retail industry. They only offered consumers an alternative, a better alternative. Limited stock, time constraints, higher prices did.

To think that robots with their ability to do tasks faster and better will kill jobs for humans is going slightly overboard. RPA bots are deployed to carry out rule-based routine tasks only; unlike AI they do not emulate human intelligence.

RPA as such complements human efforts and not antagonises it. The system premises on completing high-volume rule-based tasks leaving the more complicated, intelligent/cognitive and value-added tasks for humans.

The future of RPA: Challenges, problems and failure rate of RPA projects

When considering the future prospects of automation, it’s unlikely that its impact will be temporary. The RPA technology is still in its nascent state of development but the potential is immense. With the extent of innovation in this field it is likely that high-end bots is the future. And organizations must prepare themselves and be proactive to accept and adopt the new wave of change.

In this case, one of the most common challenges in RPA implementation is the lack of skilled resources. Considering the newness of RPA, it is often challenging to acquire a skilled workforce. This explains why most businesses prefer to consider a collaboration with a RPA partner so as to ensure that the right RPA framework, tools and applications are in use.

Another problem that comes with RPA implementation is the decision to adopt or not. Sometimes, organizations might not be able to grasp the scope of the process in place. A more dynamic process will require more than RPA bot implementation so as to get the best outcome. In such cases there is greater chances of RPA failure.

It is here when RPA often integrates with Artificial Intelligence to deliver better results. With deep tech like machine learning and NLP applications impacting regular lives, we can expect interesting times ahead!

There are several other myths on robotic process automation – and fortunately, most are gradually losing credibility.

RPA myths and misconceptions debunked: What to know before you automate business processes 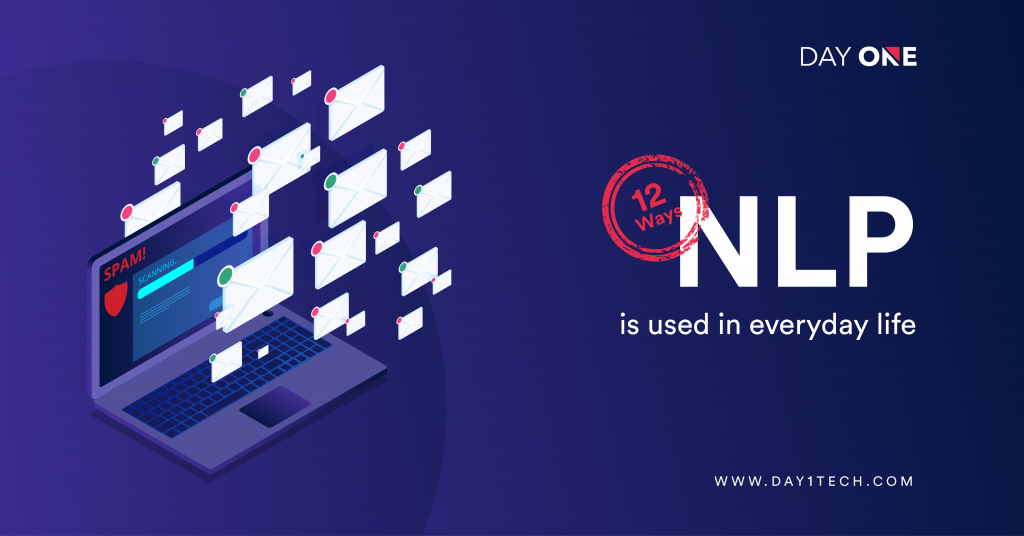