Growth with Investing, with benefits of Checking 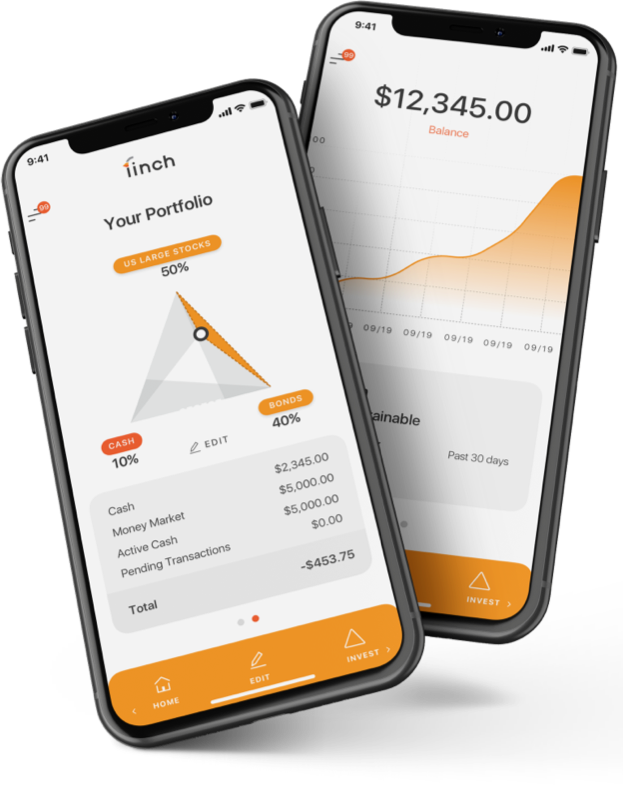 Finch is a U.S. based Fintech company that’s revolutionizing how individuals can create and grow their wealth with unused or idle money in checkings account. It is modeled on the idea that most individuals are unfamiliar about how and where to invest, and often have idle cash in their checkings account. Sitting there, the cash is neither being intelligently invested or helping with wealth creation. With Day One as their technology partner for iOS mobile app development services, Finch is debunking investment myths by using AI tools to automatically invest user’s checking balance into a diversified portfolio of ETFs, to keep your money growing 24/7.

How the journey
started?

When it comes to financial planning and investment, it’s often a daunting task for many. People often have idle money in their checkings accounts and yet, lack of knowledge on financial instruments and fear of loss often prevents them from growing their wealth through smart investments. Finch, (formerly Trio) was started with this idea – to make the most of unused, idle money.

Day One’s relationship with the Finch team dates back several years. Acquainted via networking groups, it was a while back when the app’s founder, an M.I.T. graduate began to conceptualize this idea.

As a mobile app development company in USA, the idea was shared with us. The scope of the project was immense and complex, and involved next-level security systems, innovation and integrations, and user interfaces. And least to say, this was exactly what we were looking for!

The Finch iOS app is already launched and available to users in the U.S. And while it is helping users in their financial journeys, the Founders are busy thinking of growing the app.

Finch has recently raised funding (2nd round) through Mendoza Ventures which is to help in scaling the app and taking it to a wider audience pool.

Want to learn more? Let’s discuss over a call!

A Sneak Peek into how it works

Can invest
in stable or
growth
portfolio

Subscribtion
on free for
growth
portfolio

So here’s an interesting question - How difficult can building a Fintech app be? Quite a lot actually.

When Day One started to work on the Finch project, we got started with the design, features and platform integrations required. Being a Fintech app, it required to comply with regulatory compliances, offer distinct security features and hold credibility (usually by being sanctioned by regulatory financial bodies). This therefore was not just about building an iOS app or providing AI services and solutions - it was a 360 degree project.

Virtual banking and integration with external third party tools is a real challenge - and not often visible unless working with it. Similarly, vendor management is a big deal, when having to work with multiple vendors for payment gateways, backend, banking plugins etc.

The entire gamut of QA testing is a horror story! While working on QA we realized that we had to independently test different features provided by partners as well, fix bugs, and even work on scenarios which were unfortunately missing.

There was the unique requirement of rebranding for Finch. Initially called Trio, the app was now being renamed to Finch - which meant an overhaul of all designs, wireframes, colors. In short, it meant starting from scratch.

How we got it right

Available to users in the United States, Finch is targeted at the 25-35 years demography, i.e. people who are digitally savvy, use smartphones, love simplicity in app usage, and would be keen to invest and let their money work for them. Our strategy to connect with, excite and engage this audience therefore involved a mix of identifying the right features, using technology and offering value.

Time is money and with the Finch account users can use a single account for Checkings and Investments (i.e. save and earn)

The platform uses the best AI tools and technology to offer investment recommendations tailored to individuals. With the option of low cost stocks and bond ETFs it mitigates risk.

To ensure that users have access to cash in their Checkings, the platform allows instant access to funds, even the amount that has been invested

A physical card is issued that can be used as any other debit card, with free withdrawals at over 55k ATMs. This added to the benefit of users having a single card over multiple cards.

Other Features for Security and Engagement

What we did different

As mobile app developers building an app is one thing - having users use it seamlessly, engage with it, and eventually retain users is another thing altogether.

We therefore strategized to have a detailed feedback mechanism. We called it Alpha 1 and Alpha 200.

Alpha 1: It involved testing the app with 20 users only. These users would be a mix of fintech professionals and regular users. This would help us in refining or even adding relevant features and fixing bugs.

Alpha 200: This involved testing the app with 200 users. This would be a wider audience, and would help us to understand user engagement and challenges.

Phased Launch: With each Version upgrade the app would be introducing new features and services (feature enhancement). This would help to launch an MVP sooner in the market, and upgrade it based on real-time user feedback.

How did we do? Let’s hear it
from the Client!

To know more about them visit: https://vere360.com/

Liked this story? We have more
journeys to share.

Let’s connect to discuss your idea!

Contact Us Ready to Get Started? Here’s what you can do: