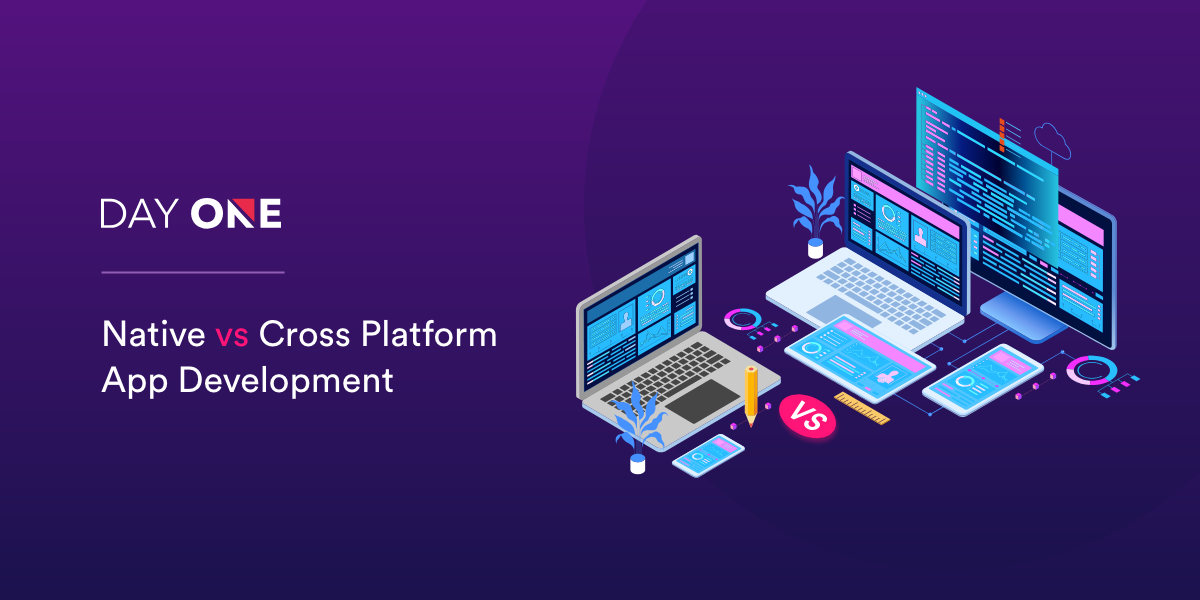 When it comes to decision making, Amazon’s CEO, Jeff Bezos categorizes them into Type 1 (almost impossible to reverse) and Type 2 (the ones that are easy and can be reversed/altered). Considering that in Q1 of 2019, Amazon has reported $59.7 billion in revenue, there’s little left to debate on the importance of decision making in business.

Now, if you are an apprenteneur or an enterprise upgrading or building a mobile application, the first decision that’s going to cost you your million is – Whether to build a Native or Cross-platform app?

It’s 2019 and mobile apps powered by AI are the talk of the town. The debate on web vs mobile app development has taken the backseat and a more relevant (and heated) debate has emerged on which is a better platform for apps: Native or Cross platforms.

They both have their fans and haters and often it’s a difficult decision to make. But considering it is the million dollar question for your business, here are some of the relevant pros and cons of native and cross-platform mobile application development and some advice on how to choose what’s best for your business (and audience).

When it comes to mobile app platforms, Apple’s iOS and Android dominate global markets, with few smaller players namely Windows and Blackberry. While Android is the global leader, iOS dominates markets in the US and Canada.

While having a first-hand understanding of your target audience and market is integral for the success of your app, it is also imperative to identify a platform that’s aligned with long term business goals and returns. Having a thorough understanding of the platforms and how their specs support your ambition, is the first step to progress towards growth.

What is a Native mobile app platform?

A native mobile app platform is one that is coded in a specific language, usually Java or Kotlin for Android and Objective-C or SWIFT for iOS. Native apps as such are more reliable and deliver high performance, but are often expensive and takes time to build. The primary advantage of native applications lies in delivering the more interactive and positive user experience.

What is a Cross-platform app?

Cross-platform app development, on the other hand, involves the development of mobile app codes that are compatible across multiple operating systems and devices. They provide limited user experience and have speed and performance challenges.

Cross-platforms, however, are developed using high-end tools and are quick to build, deploy and install. Additionally, with the popularity of hybrid mobile app development and Progressive Web Apps (PWA), cross-platform apps are often the popular choice of start-ups and SMEs that work on smaller budgets and timelines.

Native vs Cross-platform: How to Choose what’s good for business

When making a business decision as to which platform you would be building your app on, consider the pros and cons of both platforms. The nature of the app should be considered while deciding on the platform. You should also consider the top characteristics and features of the best mobile apps and take them into consideration before deciding on your app platform.

While this decision affects businesses of all sizes, it’s all the more important for start-ups. So here are some factors to consider when deliberating over native vs cross-platform app development:

Natively developed apps score high when it comes to app speed, reliability, responsiveness, and performance. They are built using the device and OS’s native language and can seamlessly sync with the other components and hardware (eg. camera, GPS, microphone, etc.).

This along with the fact that natively built apps demonstrate high support for rendering multimedia content is a vital reason why gaming apps are usually built on native platforms.

2. Security challenges:  There’s a lot of important data that’s being shared across apps. Customer data, financial data, business data, etc. can be a gold mine of information. Security, therefore, cannot be taken lightly.

Native apps have access to the device’s hardware as well as its security. Regular updates made to iOS and Android further ensure security against cyber threats. This makes natively developed apps safe for apps that require additional layers of security – or rather, all apps for sure.

For instance, when we were building a meditation and wellness app for SOS Method, the proprietary content present in the app required additional levels of security. A native app platform helped to ensure that we were able to add seven layers of security, to avoid database hacking and/or leakage of proprietary content.

3. Superior UI/UX: This is where the real fun begins! Apps are all about the user interface and experience and non-native apps or hybrid/cross-platform apps are not a match to native apps.

In a recent study, it was found that 21% of users abandon an app after their first use usually because of poor UI and UX (Source: Localytics). Native apps keenly address issues like layout, navigation, color, typography, in-app branding, etc. to offer a positive user experience.

The problem lies in that cross-platform apps do not inherit the native qualities of the OS and device. They are rapidly built using external frameworks and then fit into mobile operating systems. Though the use of external tools allow the use of dynamic content in designing, in most cases the result is a disappointing interface, sluggishness and performance glitches.

4. Cost and Time-effectiveness: When it comes to time and cost-effectiveness, cross-platform apps are a clear winner. They are commercially feasible to build and a single code can work across different platforms, without compromising on the app’s core features and functionalities. Deployment is also quicker for cross platforms.

Considering the general ease-of-use and performance of natively built apps, it’s likely that they will deliver a better user experience when compared to cross-platform apps – and hence be more suited to rank better on app stores.

6. Market reach:  Cross-platform apps have the advantage of being taken to a larger market and audience seamlessly. Since the non-native code works across all devices, the app can easily be deployed and rolled out to a global and targeted market. This, in turn, increases brand awareness, user base, and even revenue.

Apps built on native platforms, however, often follow a different strategy. While some businesses, with wider targeted audiences, build iOS and Android apps at the same time, some businesses choose to build and test their apps on a single platform only.

For instance, when we were building the social vlogging app 1TAM, we built an iOS version only using a native platform. The app was targeted at a niche audience and market, and the iOS platform provided us with the right specs and hardware to create brilliant designs and interface, and include the best features and functionality. With a cross-platform, the app would not have been able to live up to expectations in design, performance and user experience.

7. Maintenance: The maintenance cost of natively built apps is a lot more than cross platforms. iOS platforms are different from Android, Windows, and Blackberry. Not only does each platform come with its unique OS and versatile features, they are also evolving. This means that natively apps demand greater investments for maintenance with respect to software upgrades.

The task is easier when it comes to cross-platform apps. Changes made to a single code base can seamlessly be synced and ran on different platforms.

Now, this the part that most decisions get stuck at – whether to opt for a native platform or a cross-platform app.

It can safely be said that there are differences between native and cross-platform apps, that make them more suitable for certain businesses. But what matters more is how those differences are going to affect your business. For instance, if you are a bootstrapped start-up with a shoe-string budget, cross-platform apps might be more suitable (though not always recommended). If you have time in your hand and can spare time for the development of a robust app, then natively built apps should be the only choice. After all, development time and time to market can be planned and managed by seeking app launch marketing services.

There are several small yet viral decisions that separate a million and billion-dollar business from one another. This could just be the one – so don’t take it lightly.

Mobile App or Mobile Website: What does your business actually need? 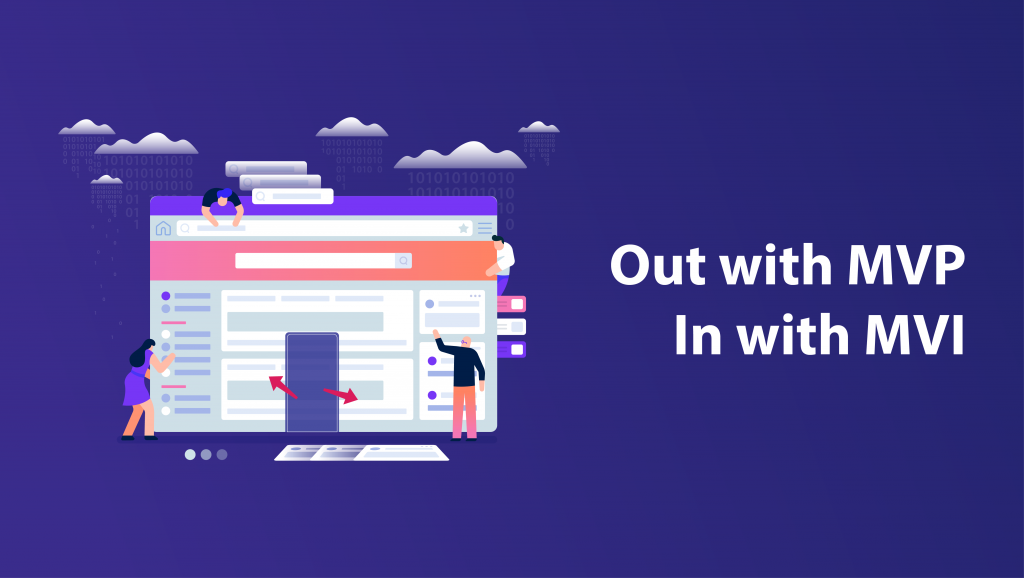